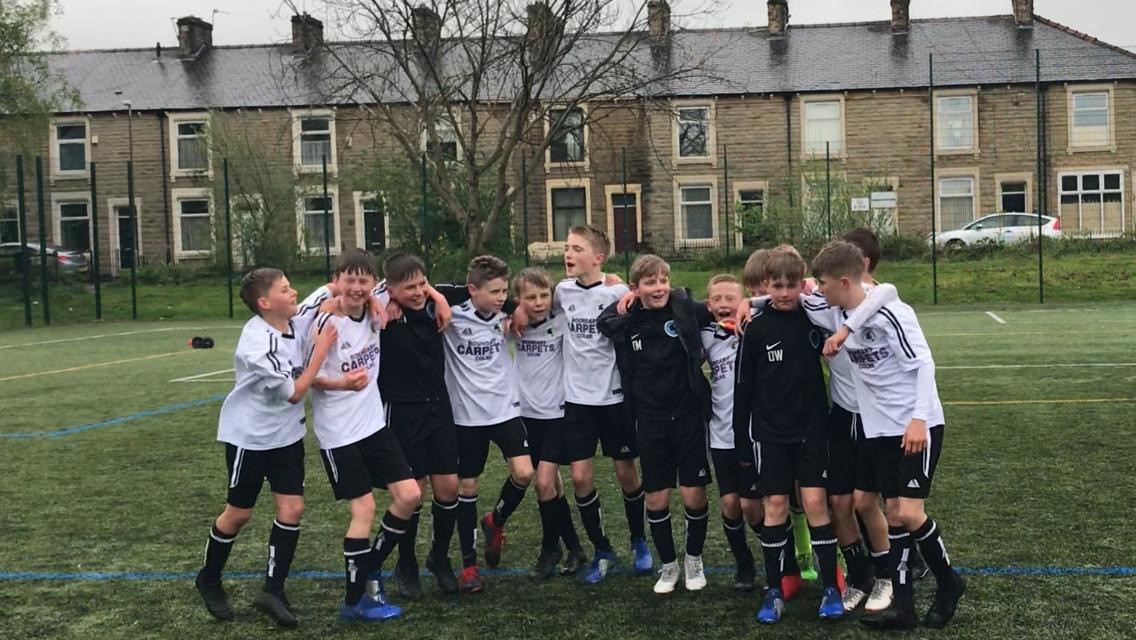 Pendle Forest Wizards U13s are a community junior football team consisting of friends (both players and parents) who play and support football for the love and enjoyment of the game. We currently play in the Saturday Accrington & District Junior Football League.

The development, welfare and encouragement of the players is paramount to the coaches and parents. We endeavour to always play the game fairly and in the right spirit whether we win, lose or draw with dignity and respect for our opponents, match officials and each other.

Most of the squad has been together now for over 5 years and keeping players and parents happy and engaged is something we continually strive to do, helping us to grow stronger as a team. We subscribe to improving the existing players (and coaches) we have and the friendships within the team, rather by strengthening our squad through scouting out players from other teams.

Playing the beautiful game the right way with the right attitude and 100% effort together as a team we believe we can achieve things we can be proud of.

The team has won a few mini-tournaments over the past few years including the Belvedere and Rosegrove tournaments which we have won twice.